My friends and I share a common passion - we love *LOVE* anything truffled, such as truffle oil, salt, cheese, and the best one of them all, truffle honey!  One of my friends attending the holiday dinner (and actually the non-vegetarian one) requested truffled mac and cheese.  I had originally planned to make a wild mushroom cream pasta dish, but the request for mac and cheese gave me a great idea to combine the two.  I searched long and hard for a great recipe and simply incorporated mushrooms into the entree.  I knew that this entree was a success when, besides me having an orgasmic time as I was eating it, there were barely anything left at the end of the meal! 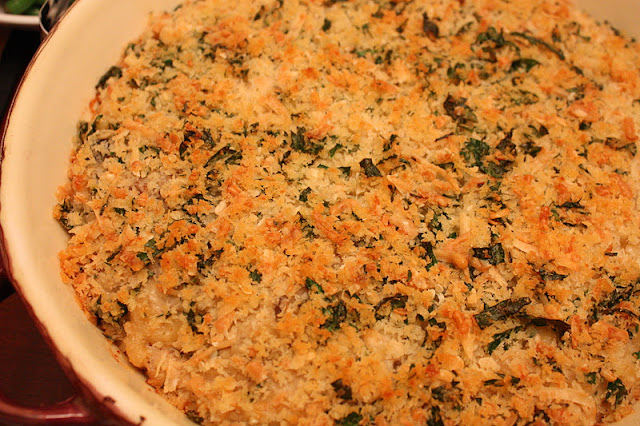 Truffled Mac and Cheese with Mushrooms
adapted from One Perfect Bite

A few variations...
...added cremini and fresh shiitake mushrooms to the dish.  Saute the mushrooms with 1 Tbsp butter, until cooked down.  Drain liquid.  Add to dish during the part where mixing of pasta, cheese, and cream takes place.
...used panko breadcrumbs
...in the madness of cooking several dishes at the same time, I forgot to toss the pasta with truffle oil.  Instead, we added the oil on top after serving to each individual person.
...used whole milk instead of heavy cream (for a little less fat...)
...I recently purchased black truffle salt from the NYC trip, so I added the salt wherever I can (to the pasta, to the cream sauce, to the mushrooms) 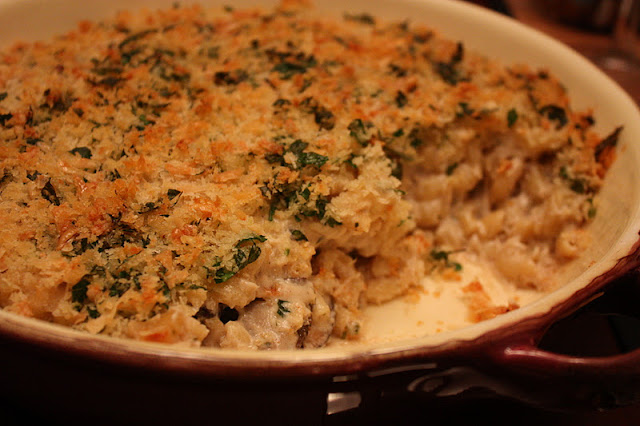 Besides the amazing buttermilk fried chicken and orgasmic truffled mac and cheese with mushrooms, we also feasted on:

It was one incredible meal.  And one great get together. 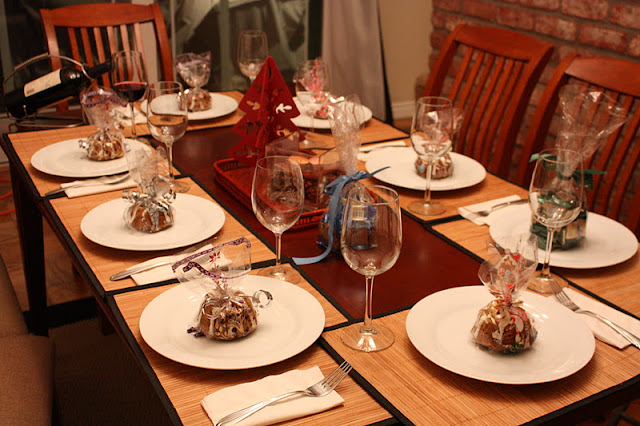 Table setup, with this year's party favors.
Posted by ikes bites at 11:47 AM